Harmony In Chaos • Out now

Harmony In Chaos - The Album

Devona’s Debut album and self produced body of work is an all in, soulful ride through a star-field of electronic-orchestral waves, angelic harmonies, and 808 drums. A raw sonic journey through time, her lyrics sail you through the laughter of love, the shadows of loss, and into the irony of what it means to be human; Of the Harmony in Chaos.

Singer-songwriter & sound engineer DEVONA has always followed her innate pull toward music. Her multifaceted audience of "radiant creatures" drives her to tell the story of the soul's journey, through musical expression. Though her sound is mostly electronic, her foundation as a classically trained clarinetist cleared the way for a creatively open soundscape. Hailing from N.E Spain, and growing up in the midwest, a broad spectrum of musical influence from world, to folk, ambient, rock and R&B, fueled her early evolution and helped her find her voice.

Her first single "Cherish" was independently released in 2005 and is her top downloaded iTunes single to date. In 2010 she performed her second single “The girl can’t stand you” to kick off LA fashion week which also launched her career as an international runway model, later opening commercial channels into original music production for the very first app to debut at NY Fashion Week: Stylish Girl, virtual closet.

She is not only an engaging performer but has schooled her way through the technical aspects of music production, with a rooted career as a Grammy-nominated recording engineer for studio, film, and episodic tv production. Devona transforms runway and music fusion, by melding her passions and worldly culture together to create a powerful sensory experience on stage. She is a humble and authentically talented creative mind, and someone to watch out for as an upcoming artist.

Listen/Purchase @ www.DEVONA.me Performing an original song written w/lyrics from the poem ALONE by Edgar Allan Poe. POE FEST 2019 "I was invited to perform at San Jose State University's annual Poe Fest, a night honoring the works of Edgar Allen Poe. I composed an original song from his poem "Alone" which resonated with me deeply. If you're not familiar with the poem, check it out. So, I didn't intend on playing piano, but my mic didn't work all of a sudden, an the other mic was at the piano. Just goes to show, that the only important thing is to trust the flow. Thanks for everyone who showed up, and showed love. 🙏🏽" www.devona.me
02:40

DEVONA's original interpretation of the poem "ALONE" by Edgar Allan Poe, performed at San Jose State University's annual POE FEST. This poem resonated with me on such a deep level that i was basically drawn to it, and flowed through it. I feel like if POE were alive today he'd totally drop a verse on this EDM soul track. Check out the lyrics below See it: https://www.youtube.com/watch?v=BOTrv_bDFnk&feature=youtu.be Download song: https://www.devona.me/ Instagram/IGTV: https://www.instagram.com/sugatasticdee/ ALONE - Edgar Allan Poe From childhood’s hour I have not been As others were—I have not seen As others saw—I could not bring My passions from a common spring— From the same source I have not taken My sorrow—I could not awaken My heart to joy at the same tone— And all I lov’d—I lov’d alone— Then—in my childhood—in the dawn Of a most stormy life—was drawn From ev’ry depth of good and ill The mystery which binds me still— From the torrent, or the fountain— From the red cliff of the mountain— From the sun that ’round me roll’d In its autumn tint of gold— From the lightning in the sky As it pass’d me flying by— From the thunder, and the storm— And the cloud that took the form (When the rest of Heaven was blue) Of a demon in my view—

press to zoom
Model Everything Polished by Dominique Lashes in Seduced

Everything Polished By Dominique - "Seduced"lashes

press to zoom
Makings of a Model VH1

Devona shoots for Makings of a Model VH1 Pilot show 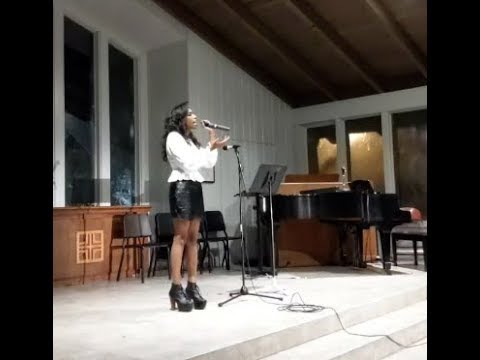 Devona Voices Marlena Mathis in Somewhere Over You - airing on KPBS

​Throw me a line

REACH OUT
bottom of page